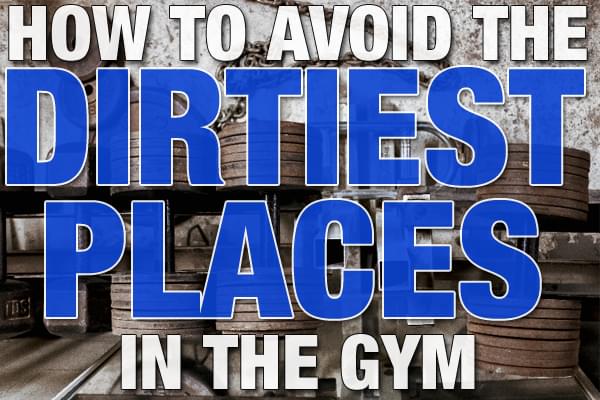 Let’s face it, gyms are not clean and with Omaha topping the country in Influenza we really need to avoid germs when possible.  To help, the Wall Street Journal put together a list of the dirtiest places in a gym so you can avoid getting sick.

There’s a pretty good chance nobody wiped down that mat after their sweat session, and there’s a good chance they’re spreading germs, viruses, and bacteria. It’s like letting someone sweat all over you…bring a towel people!

These are particularly dirty, with one report claiming weights have 362-times more bacteria than a toilet seat. Why is everything have more germs than a toilet seat? Door handles to, weights do, maybe our butts get a bad rap…

Yes they contain disinfectants to clean contaminants, but one study suggests they still are 2.4 times more likely to contain gene-altering agents than tap water. I like to swim in my underwear at the gym.  It sounds weird, but you can’t tell me what the difference is between a speedo and a pair of briefs, can you?!

They are among the most used machines, and probably the least likely to be wiped down. In fact, the average treadmill contains 74 times more bacteria than a public bathroom faucet. Is that a good excuse for me to not have to run?

Another highly germ-filled surface, with one study saying it was the most common surface to carry a strain of staph bacteria called S. aureus. How does one get to name a disease?

With people sitting in them there’s bound to be infectious mucus in the bowl, plus, the rim and handles are touched by lots of contaminated hands. Yuck, I can’t take any more of this!

Unless you want to catch a fungal infection like athlete’s foot, wear those flip-flops in the shower. Always wear flip flops! As a kid I was told to pee on your feet to prevent athlete’s foot…and to this day I still don’t know if it was just someone messing with me.

Pretty much everyone has to open the door of their gym, which means they are touching everyone else’s germs.

Unless you are good about cleaning out your gym bag right away, there’s a good chance all your gross is just festering in there, which could lead to fungal infections, especially since your moist clothing is perfect for growing fungi and other bacteria.

8 Things You Shouldn't Do at the Gym (video)

8 Things You Should Never Do At The Gym

Here are 8 things that you should never do at the gym…
Copyright © 2020 by NRG Media. Internet Development by Frankly Media.