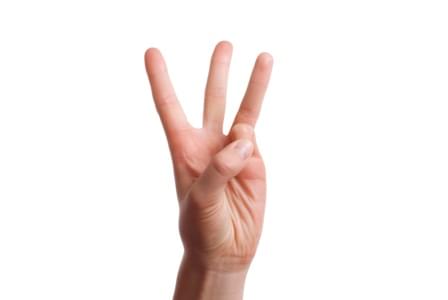 #1 – Cinamon roll VS Cornbread with your chili

Some things just go together like pizza and ranch, avocados and toast, and chili and cinnamon rolls, right? A meteorologist in Lincoln went viral locally after she defied the system and chose cornbread to go with her chili instead of the notorious cinnamon roll.  Yes, this was actually a story the Omaha World Herald ACTUALLY reported on. News!

People were more put off by her chili side that the phrase “Come on Liz” was trending locally.  The point is, don’t shame people for what they chose to eat with their chili but feel free to shame a newspaper that considers this to be newsworthy. FULL STORY HERE

#2 – We Will Rock You (and other horrible rock puns)

The now infamous west Omaha boulder is not only claiming more victims, with more than a dozen vehicles somehow getting stuck on this rock, but it has more than 8,600 fans on its Facebook page, it is listed as a tourist landmark on Google Maps, and it has a 5 star review…but it can now also get you a discount on your beer!

Mars Bar and Grill is offering $2 off your meal or beer when you show your server a selfie of you with the rock (the literal rock, not with Dwayne Johnson…although that would be pretty awesome too).  We will rock you, like a rock, rock n roll, and more horrible rock puns! FULL STORY HERE

Le’s end on a fluff story, literally. Second Chance Pups is giving new life to pups and prisoners with their rescue program that puts rescued dogs with prisoners for 9 weeks of obedience training.  These shelter dogs come from as far away as Mexico and give new life and purpose to inmates who find a connection with man’s best friend.

I just wonder if these puppies come out of prison with more than obedience training…like a prison tattoo.