Black Friday is here and we have 6 fewer days this year between Thanksgiving and Christmas which means less time to shop! With a short year we have to be smart, strategical and prepared for anything (like that one year grandma fell down the escalator and got her coat sucked underneath. #truestory)

Here are 5 essential tips for your Black Friday shopping.

Seriously, just don’t do it.

Since 2006, 11 people have died and over 100 people have been injured as a result of Black Friday shopping, and that doesn’t include the insults you’ll hear as you wrestle away a waffle maker from a snarling woman at Bed, Bath, and Beyond.
Plus, the deals on Black Friday extend beyond just one day. Gone are the days of one day of sales, now the savings last up to a month or more.

If you plan to brave the wild that is Black Friday, be prepared to fight for your life.  Have a plan for where you’re going first, second, etc. and stick to it! Hit up the big department stores first because they’ll have the best deals, then finish up your day at places like Target and Wal-Mart as their deals won’t be as good (and their deals last longer than just one day)

I’ve learned the hard way that going to the store when you’re hungry and without a list will end up with me buying a 5 gallon drum of cheese balls, 2 cases of Monster energy drink, and 14 boxes of frozen pizza rolls.

The point is, be prepared! Make a list in advance, plan your attack, and stick to it no matter how many times your Aunt Marla whines about wanting Auntie Anne’s pretzels!

Tip #4: Be Prepared For War

This. Is. War. Those LOL dolls are YOURS! Paw Patrol Figures are only for the strong, because only the strong shoppers survive.  It’s science.

Hydrate, load up on electrolytes, and make sure to bring enough snacks with enough protein to get you through a 12 hour day of shopping.

Take care of your feet, today is no day for heels. Dress for comfort, because who cares what you look like in the heat of battle, right? Right.

Unless you really love throwing elbows, skirting death, and braving the tortures of war…just wait until Monday.

Cyber Monday, yes, it also has its own name.  Then there’s Take It Back Tuesday, What Was I Thinking Wednesday, Throw it all Out Thursday, and WTF I Don’t Care Anymore Friday.

The deals will still be there, all month long, in fact there will be even better deals the longer you wait.

Good Luck this Holiday Shopping season and remember, there’s no shame in throwing an elbow or two 😉 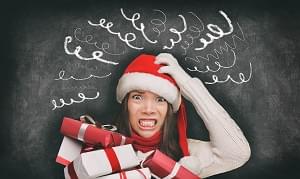 Bonus Tip – If you really want the best deals just wait until after Christmas to do your shopping! Everything is on sale December 26th! 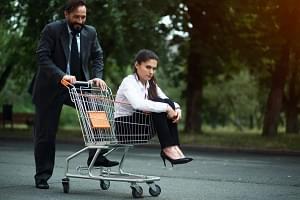 Black Friday is the busiest day of the year for Plumbers. 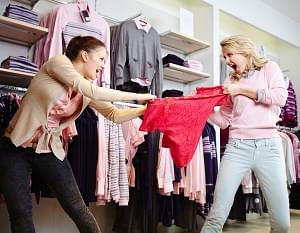 The average shopper will spend $738 between Black Friday and Cyber Monday. I do not have $738, so I am not one of those “average shoppers,” apparently. 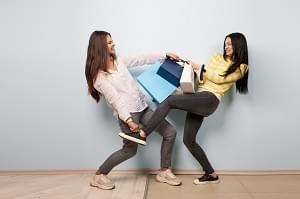 Black Friday was once called ‘Big Friday,’ and was started (in part) by ‘The Santa Parades,’ which also kinda sounds like a weird, steamy romance novel you’d buy at the checkout at Walgreens. 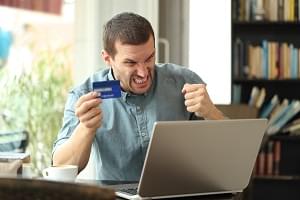 12% of Black Friday shoppers are drunk, which explains some of the bizarre presents I get for Christmas each year. Seriously, what am I supposed to do with a hands free toothbrush???
Copyright © 2020 by NRG Media. Internet Development by Frankly Media.