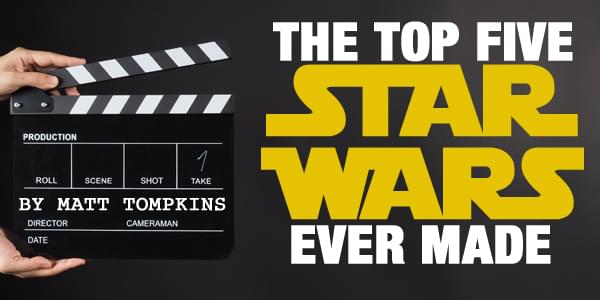 As the most recent installment in the Star Wars franchise surpasses the $1 Billion mark, I thought it would be a good time to do something that NO ONE on the internet has EVER done before and rank the best Star Wars ever made. So, here we go…

This is a popular choice, but it is for good reasons.  The storyline was better, the acting was better and the dialogue was…well, dialogue…but hey, it was an improvement from A New Hope in many ways and gave fans a realistic taste of just how powerful the dark side is.

This may get some hate placing such a relatively new movie so high on this list, but I stand by it.  Rogue One’s plot broken down into one simple idea is that they answered one of the biggest Maguffins in movie-making history.  In Star Wars: A New Hope they have this one random weakness that will destroy the ship but no explanation as to why they’d create such a random weakness on the death star.  Rogue One explains and entertains with great characters you grow to love, and a story that is emotional all while still paying tribute to the original storyline.

This movie may have the weakest CGI special effects, but for its time it was incredible and even with the green screens and wires exposed it still sparked the entire Star Wars empire off with a bang (puns intended). Even with all the poor dialogue from George Lucas and 70’s cheesiness, this movie still holds up as it will always make kids and adults dream of what is possible and take us on one heck of an adventure.

No, this is not a movie but it is good enough that it deserves to be placed here.  The Mandalorian is the Star Wars movie we have wanted since the original trilogy but were never given until now. Hopefully they put creator, and Marvel veteran, Jon Favreau in charge of the new Star Wars trilogy because what he delivered with The Mandalorian was absolutely fantastic. Even without Baby Yoda, this show holds up more than any of the prequels did.

Despite the Ewoks, this movie actually delivers a series of action-packed scenes that (for the time) really pushed the envelope for what was possible in cinema.  The speed racers to the massive final battle scenes, all of it wrapped up a storyline efficiently.  It may not be as good as Episode V, but it holds up compared to the rest of the movies that followed.  I only have one question though – Why was Lando wearing Han’s clothing when he took over the Falcon? Weird? Yes.

Wondering what would have been next? 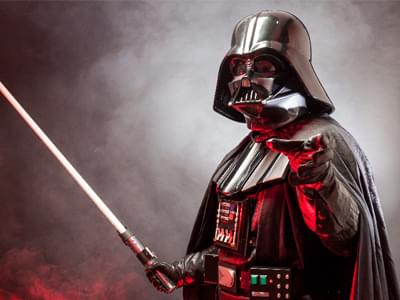 Return of the Jedi almost had a completely different ending. In a story development session for Return of the Jedi, George Lucas toyed with the idea that after Luke removes dying Vader’s helmet, he puts it on, proclaims “Now I am Vader” and turns to the dark side. 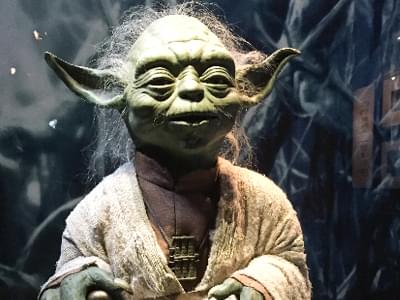 Yoda was almost played by a Monkey! According to the book The Making of Star Wars by J.W. Rinzler, George Lucas originally planned for Yoda to be played by an adorable monkey wearing a mask and carrying a cane. 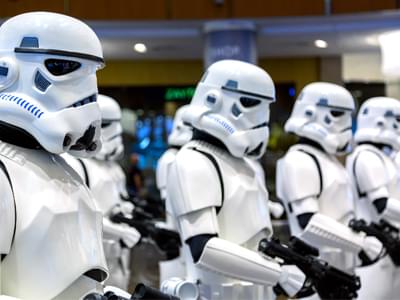 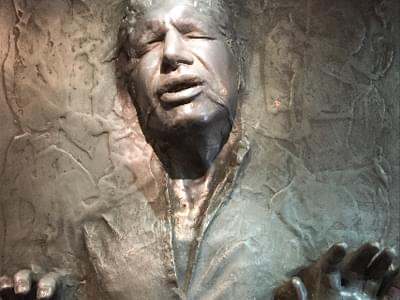 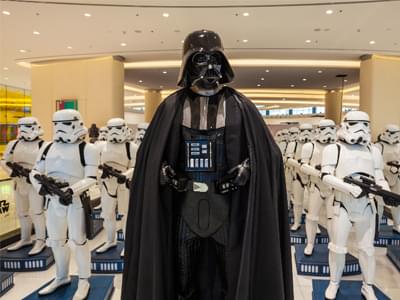 If you haven’t seen the final Episode 9 in theaters now, here’s the final trailer to get you pumped!