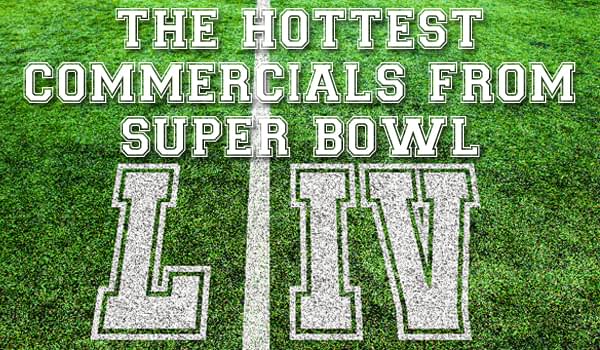 The Kansas City Chiefs come from behind victory over the San Fransisco 49ers made fans happy who have waited their entire lives for a KC win, but this year the commercials won over a lot of fans too!

There were a number of funny, moving, and entertaining commercials and we have the full list with videos for you here…and at $5.6 Million per commercial, they should not disappoint!

Pepsi set the bar high with Cardi B‘s spot last year, and to say they delivered with this Missy Elliott and H.E.R. remix of The Rolling Stones’ “Paint It Black” would be an understatement.

Sam Elliott’s dramatic reading of one of the most popular, catchy, and maybe annoying songs ever made truly captured the essence of what a Super Bowl Ad should be.

The image of Bryan Cranston as The Grady Twins from The Shining will be tough to get out of our minds, but this commercial was a striking re-make of the classic movie that Cranston nailed!

This celebrity couple were adorable enough to just pull this commercial off as it came close to being a misfire, only to be saved by the leaning guy at parties and the Sexiest Man Alive.
https://youtu.be/RdKvGBhaMWI

Rocky and Chris Rock played off their names to help Facebook groups in their first Super Bowl commercial ever.

Many, many game of thrones jokes to come in this one as the young super star belts out Frozen tunes with the new e-tron.

Honestly, I didn’t even recognize that this was Winona Ryder until I read about it online today, but her welcome to Welcome to Winona website was cute and she had a lot of fun filming and taking photos of people in Minnesota for this commercial

Ellen plays the part as this ad asks the question of what we did before we could ask Alexa anything and everything.

We’ve all been wondering ‘what is wrong with our planet’ in many different contexts and Snickers has some fun with the idea that maybe mother earth is just ‘hangry.’

Quick Bites with Chance the Rapper

Just what we needed, another streaming platform for videos. Chance the Rapper makes an appearance for this video that promotes other videos.