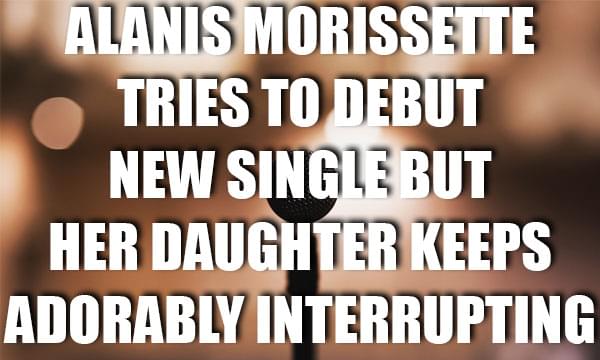 For those of us who grew up listening to Alanis, whether you were the ‘cool’ kids who bought jagged little pill before it went mainstream or not, we’re excited to see that she has a new album coming out.  “Such Pretty Forks in the Road” is her first album in 8 years and the first release since 2 of her 3 children were born.  As she tried to perform her single ‘Ablaze’ she was adorably interrupted by her daughter.

Even more ironic is that the song is about her children.

Kids insert themselves into our lives pretty much any way they like, now more than ever, but thankfully 99% of the time it is adorable.

Get the full story here and more details on her new album!