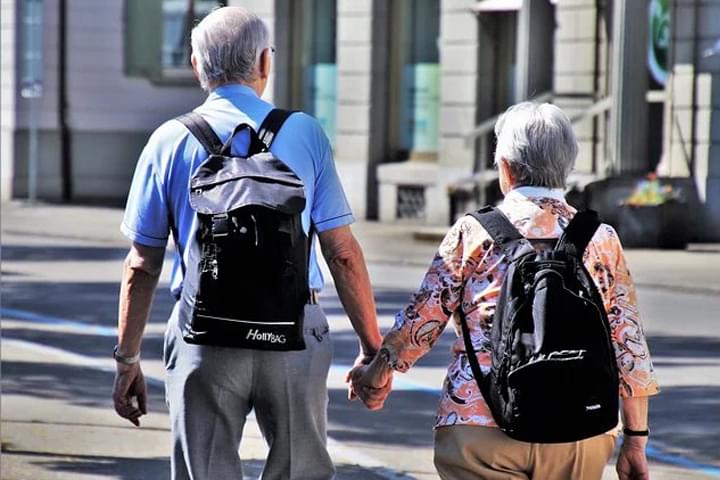 Florence Harvey and Fred Paul’s love story started 68 years ago, when they were teenagers in a small Canadian town. They were high school sweethearts who spent as much time together as possible during their two-year relationship until he moved away when he was 18 and she was 15. He came back to look for her a year later, but she had moved and eventually, they both married other people and started families.

Florence’s husband of 57 years passed away in 2017 and two years later Fred’s wife of nearly 60 years died. When Florence heard about her death, she reached out to her former flame to reassure him things would get better. That was last February and the pair started talking on the phone every day and then months later, she surprised Fred by visiting him. Just three days after reuniting in person, the couple knew they were ready to get married. Their families questioned the rush, but they’re both now in their 80s and knew they wanted to spend the rest of their lives together.

So after nearly seven decades apart, Florence and Fred tied the knot in August. “You were the first young man to walk me home in my teens,” she told her groom during the ceremony. “I guess you’ll be the last man to walk me home.” For the next chapter in their love story, the couple plans to revisit their childhood hometown where they first met and fell in love all those years ago.