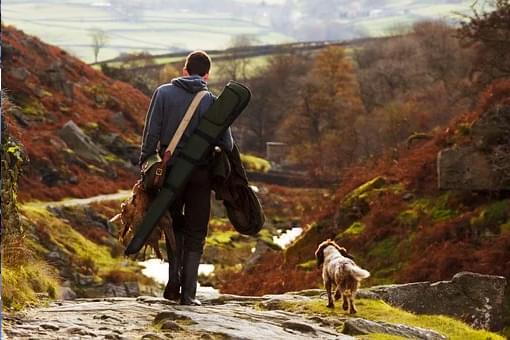 Dogs really are man’s best friend. Just ask a 33-year-old Italian man that had decided to go on a hike with his mixed-breed dog, Ash. During the adventure, the man slipped and fell several feet, breaking his ankle. He was able to drag himself near a stream of water and Ash was right by his side.

The accident happened at an elevation of 2,300 feet and the man was unable to call for help because there was no cell signal. The man and his pooch spent the next seven days in the Alpine Foothills in freezing temperatures hoping they would be found.

Officials began looking for the man early Thursday morning after his girlfriend reported him missing when he didn’t return as scheduled on Monday. A search team set out in a helicopter to look for the man. They spotted the “metallic glimmer” of a thermal blanket and were able to find the him lying on the ground with Ash right next to him. Both were rescued and taken to safety. The man says that the only reason he survived was that his dog remained next to him and kept him company.