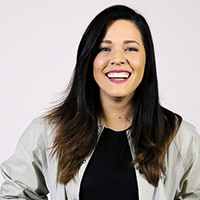 An American actress, singer, dancer, fashion designer, producer, businesswoman, and mother, there is nothing she can’t do. She started from humble beginnings in Bronx, New York making appearances as a fly girl on Living Color to landing her star debut in Selena.

She is known to be in love with love and while she’s been married a few times and dated a lot, she’s finally met her match with fiancé and baseball GREAT, Alex Rodriguez.

From every romcom to drama to the Super Bowl halftime show, she truly is the full package.

Okay, so actually that’s Jennifer Lopez’s bio but Chi is pretty similar except for, like, most of what’s written and that stuff about Alex Rodriguez

What Are You Doing For Yourself Right Now?

The Weekend Releases “After Hours” With No Guest Features